The day I started looking in the classified ads (remember them?) for a new job, I found my old job with Sunergy/River Oaks (now called ROC Properties) was available.  In the intervening 2 years since I left what was at that time River Oaks Communities, one of the owners had sold his River Oaks stock and left the company and the other principal owner decided to buy the ‘Communities’ portion of the company back from the now failing public company.  ‘Communities’ had gone through 3 Controllers who had failed to handle my old job.  The new private company was now called ROC Properties, and it was advertising for a new Controller because the books were in complete disarray again.

The accounting of all of the many entities from before was once again a mess.  It wasn’t quite as bad as when I first took over the job, but it was pretty bad and required many 60 hour weeks for many months before I got a semblance of control over everything.

Similar to before, though, ROC Properties was chronically short of cash.  I became a past master at juggling checks and keeping vendors appeased.

Russ can help you!

Need help with your finances? Click here to see everything Russ offers. There is: 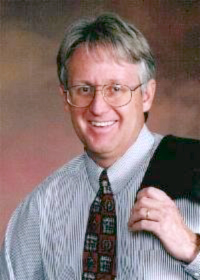